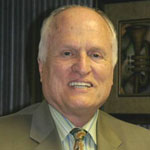 Bruce Owen practiced law in Barrie for over 20 years in the field of wills, powers of attorney and estates and real estate law and was a small claims court Judge for many years.

He was known for a compassionate business-like approach in dealing with the many problems which must be faced in all aspects and challenges of estates.

Through the years he served as a leader in the community – president of Chamber of Commerce, Kiwanis Club, Mental Health Association, Barrie Concerts, Georgian Music, Colours Of Music, alderman, Member of Provincial Parliament.

In approximately 1972, the Kiwanis Club of Barrie started to organize “Kempenfest,” the Civic Day weekend festival of arts and crafts that takes place at Barrie’s Centennial Park. Bruce Owen was one of the initial group of volunteers that helped establish this outstanding feature of the Barrie cultural year.

The singing voice of Bruce Owen has been one of the notable features of the Barrie music scene. Bruce Owen has been a soloist at virtually every Barrie church and, for most of them, on numerous occasions. He has sung “Ave Marie” at Protestant churches and the latest gospel hits at Roman Catholic churches. Indeed he sang a solo in the papal choir when the Pope visited the Martyr’s Shrine. He has also participated in other choral and special music events.

Has covered most areas of practice over time but mainly focused on wills and estates.