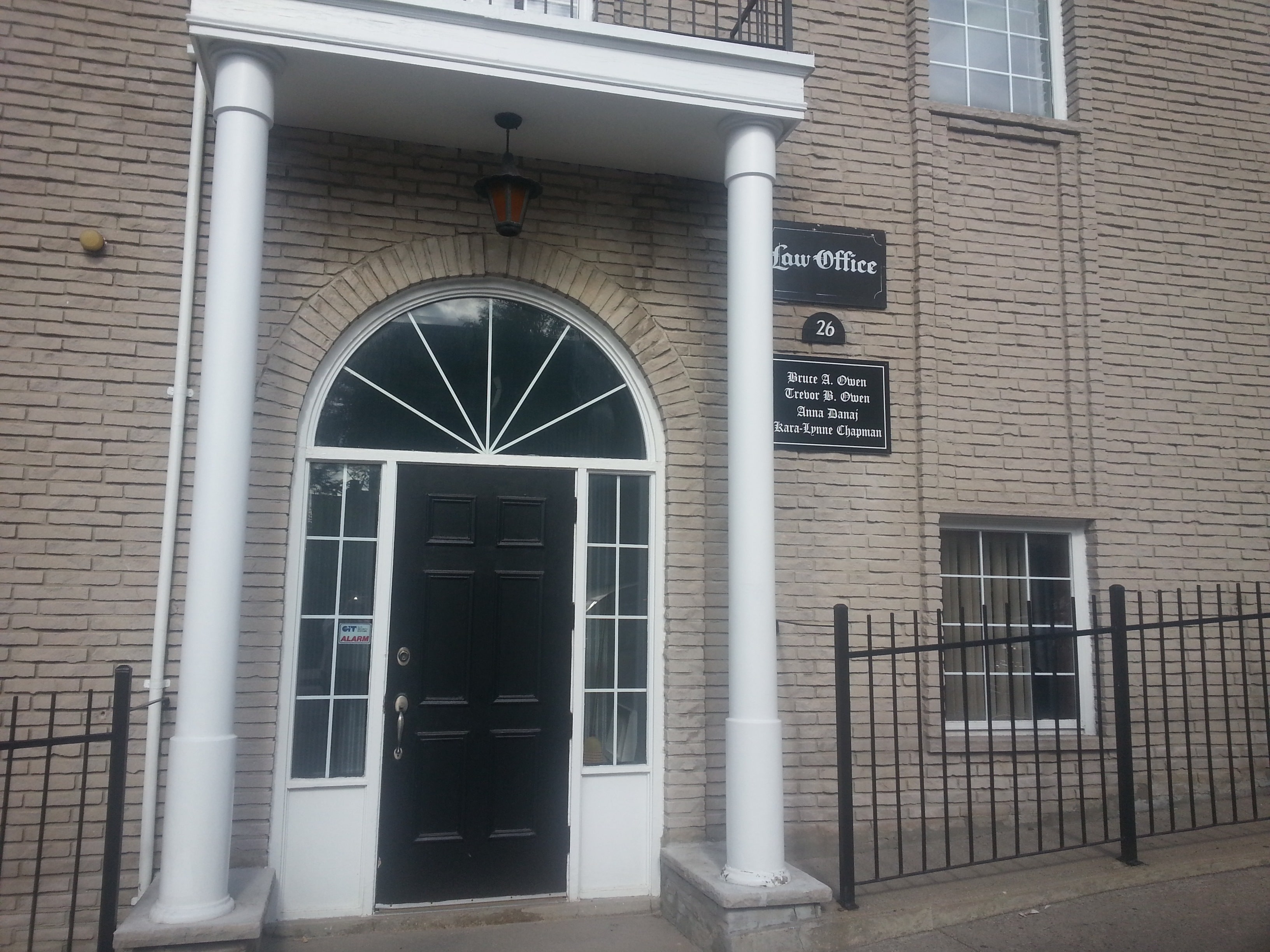 Owen and Associates Law is a family owned and operated law firm in Barrie, Ontario.  We have four lawyers offering a variety of services to Simcoe County.

Bruce Owen opened the firm in 1959 and practiced in a number of areas throughout his career.  For the past 20 years, Mr. Owen has focused on the field of wills, powers of attorney, and estates.  Bruce is a well-respected member of the community and has been highly involved with the Kiwanis Club, Barrie Concerts, Colours of Music, and was also a Member of Provincial Parliament.  Mr. Owen’s singing voice has been one of the notable features of the Barrie music scene and he has been a soloist at virtually every Barrie church on a number of occasions.

Trevor Owen practices primarily in the area of Family Law but also does wills and estates work.  Trevor’s reputation as a tough advocate is well-earned: he has argued six cases at the Ontario Court of Appeal and was successful on all.  Over a ten year period Trevor argued approximately 160 motions in family court without a loss.  Like his father, Trevor is also an involved member of the community.  He was a founding director of Huronia Habitat for Humanity (Barrie chapter), has been a member of the Canadian Christian Legal Fellowship since 1989, and has participated in over 35 election campaigns at all levels of government.

Anna Danaj was born Krakow, Poland but grew up in Orillia, Ontario.  Anna speaks fluent Polish.  She received her Honours Bachelor degree from Queen’s University and studied law at the University of Windsor.  Prior to joining Owen and Associates Law, Anna worked for Legal Aid Ontario after completing her articles at a law firm in Windsor, Ontario.  Her practice is focused on Real Estate Law, including the purchase and sale of homes and mortgage transactions.  She also works in landlord and tenant law, incorporation, and commercial real estate.  Anna is a volunteer with Habitat for Humanity, a member of the Simcoe County Young Professionals Association, and loves to play soccer.

Kara-Lynne Chapman practices primarily Family Law but also handles some civil litigation matters, particularly construction liens and contract disputes.  Kara-Lynne obtained her Honours Bachelor of Science degree from the University of Toronto and earned her law degree at Osgoode Hall.  She began her career at a full service firm in Orillia before moving to a family law boutique firm in 2009.  Kara-Lynne joined Owen and Associates Law in 2014.  She is dedicated to providing her clients with honest and informed advice and explaining the most cost-efficient options to her clients.  Kara participates in community theatre and enjoys spending time with her husband and young daughter, Aspen.