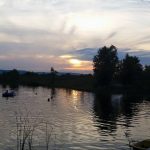 IT PAYS TO BE NICE…

Consider the following typical scenario in today’s real estate market: A young husband and wife wishes to purchase their first home and quickly find a great mortgage with an attractive interest rate. Unfortunately, the young couple does not have enough income to purchase the home on their own. The mortgage broker advised adding the husband’s uncle as a Guarantor on the mortgage. A Guarantor is an individual who pledges their own assets to a lender in case the borrower’s defaults on their mortgage.

However, this particular lender has had some difficult issues in the past with Guarantors not fulfilling their obligations and has asked instead that the uncle be placed on title to the home and the mortgage. The uncle goes on title for 1% of the home and the couple goes on title for 99%. The lender is satisfied and funds the money to the young couple and the uncle walks away happy to perform a good deed for his nephew. Seven months later the uncle passes away and his executor looks to his will to determine how his assets should be divided. The will left all of his property to his family only and nothing to his nephew and his wife. The Executor is unsure as to how to deal with the 1% interest in the home and the end result involves additional work and legal fees.

Consider another scenario: An older couple need to conduct some major renovations on the property and go to their bank to borrow some money. As this couple has not had a very good credit history they must add the interest of another individual to the mortgage. The couple ask their adult son to go on title for 1% of the home and the mortgage. The son does not own a home but has a well-paying job and agrees to go on title for 1% to help his parents. Three years later the son has finally found his dream home and is able to get a mortgage on his own. When the time comes to deliver a certified cheque to his lawyer to close the deal he is surprised to find that he has to pay $2000.00 more then what he had budgeted. His lawyer explains to him that he does not qualify for the $2000.00 land transfer tax rebate that is available to all first time home buyers because he had previously owned property.

These two scenarios illustrate the complexities and costs that are involved in adding an individual on title for the purpose of obtaining a mortgage and why it pays to be nice. The best option would be to seek out a lender that does not require that additional individuals be placed on title. However, in our fragile real estate market that is not always an option for many people. It is very important to seek the advice of a Real Estate lawyer right at the beginning of arranging a mortgage to protect your interests.